From The Culling Wiki
Jump to: navigation, search
Tanto Knife 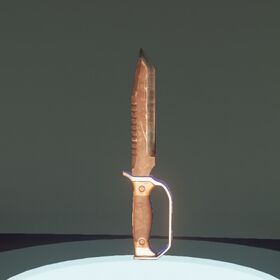 The Tanto Knife is a tier 1 blade in The Culling. It is often compared to the Machete, which is the only other tier 1 blade, besides the crafted knife. The tanto knife is styled around being fast with lighter attacks, while the Machete is focused on slower, hard hitting attacks. Overall, the tanto knife is a good weapon suited for those who like a faster speed.

The Tanto Knife can be found in Airdrops, lockers, and medicine cabinets.