This page shows all patch notes for every patch released for The Culling. The Culling originally launched in 2016 but got a rollback to the "Day 1"-Version with the Origins Update in 2018 again, making all patches happened before this rollback obsolete. 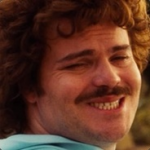